skip to main | skip to sidebar

it was excellent. very sweet on the jam and dwangela front also.

i barely remember the context, sadly, but:

"...monkey with antlers of a reindeer and body of a porcupine..." - michael scott 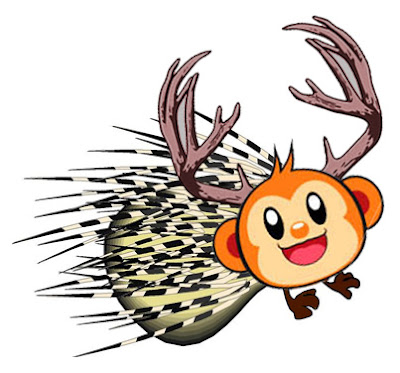 part of my job is to spend a lot of time online trolling around kids sites. sounds creepy, yes. so for fun i took a "how well do u know zac efron" quiz. and i got 100%!.

Just finished reading Harry Potter and the Deathy Hallows. 8 hours total I think, broken up in increments of 4, 1 and 2 hours.

0 comments posted at Saturday, March 31, 2007
I made this awhile back for Cindy and forgot to post it
It says "Hao Bang Ah!" which means "How great!" =D 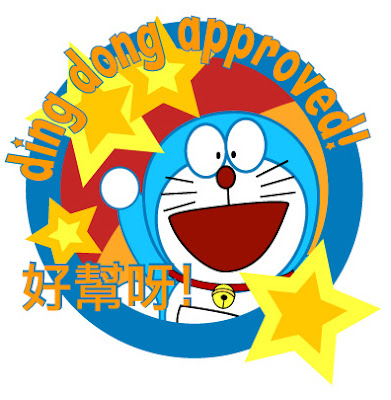 My favorite part about the Oscars was the song done by Will Ferrell, Jack Black, and John C. Reilly -- Video and lyrics below!

Let me know in the comments if there's a mistake, and i'll fix it:

i've told myself many times, over and over again, i should listen to whatever music i want, as long as i enjoy it, and others can stick their snooty little opinions up their icky little caverns.

yet i feel double guilty now, for 1) looking around the office to make sure no one is around anymore and 2) because i am unplugging my headphones to plug in my speakers, so i can jam to hilary duff after-hours.

so screw you all! kinda. don't judge. i'm still trying to stop judging myself.

all is right with the world now.

today is the oscars, and in celebration of this fine cinematic day, i've chosen to watch "Happy Gilmore" and occasionally switching to "Reign of Fire".

1 comments posted at Tuesday, February 20, 2007
davin and i were walking back to the apartment yesterday and while crossing the really smelly street, i took a double take because i thought i saw a dead goat on the sidewalk.
me: hey... is that a dead goat?
him: yeah! i saw it too!
it turned out to be couple lumps of ice and snow. we deteremined that we are destined to be together since we are both sick enough the head to see a dead goat on the sidewalks of lower east side.

davin made this video for lindsay and cindy. hunter mountain was fun! my tailbone still hurts though. and i don't even have a tail. 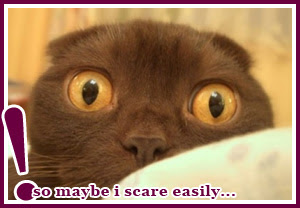 this morning: i had my headphones on, intent on the task at hand. and i heard a male voice say something, so look behind me too see what Mike (co-worker) wants. but he's not looking in my direction, so i look back to my monitor -- then by the top of my peripheral vision, i see this figure looming over my cube. i started screaming and apparently i yelled out "OH MY GOD!"which was a hoot to the ppl who sit in my general area.

but then i got three separate IMs from people like half the floor away, saying "oh my god!" to mock me. =..(

i'll never have to leave my apt ever again...

I recently got VPN access into my work computer from home, which means I can basically login and work on a mini-screen while STILL on my mac! it's great. now i'll be able to stay late at work, come home, and work some more!

see how my laptop screen looks like from now on... here.

next steps: get my calls forwarded to my cell phone...

Playing Pictionary with just two people may seem impossible, but it's not... kind of. Davin and I invented a new game where we draw the word, and then compare our sketches to see how differently we think -- first word posted, "ANCHOR":

i went snowboarding last weekend (1/26-1/29) with some friends at work and more, and here's a video of me high five-ing my snowboarding instructor. yeah!

thanks to the helpful but slightly smug Best Buy employee, i've figured out how to hook up my computer to our television screen, so now my sis and i can watch all my illegally downloaded legally purchased televisions shows in our apartment!

i guess i'm a little embarassed that this was the highlight of my evening, but i'm too geeked out and excited, so oh well!

As much as I love Miriam Yeung, I'm just a little confused by this video -- she wants to get married to someone dressed in a large bunny costume?

a really skinny german sheperd, then a completely white german sheperd, and i actually jumped a little when i saw this little chihuahua in a plaid jacket... mistook it for a rat.

even lemmings can be independent

see how smart that lemming is? instead of following the crowd, it built a hangglidey thing and flew into the unknown. what lessons the new yorker can teach you!

i'm not even being sarcastic. once this book comes out in paperback, i'm gonna pick it up.

it's getting colder in new york now, but i like the weather exactly how it is -- short bursts of snow, plenty of sun, and you can see your breath when you breathe. if you've learned to block out the icky smells (like i have), it smells like an ice skating rink. it's cold, but as long i'm not standing still, i like it.

when i have a little free time at work, i like to play around with photoshop. funtimes! it was really to alert cindy about the weirdness of her homepage on my browser though (see arrows). 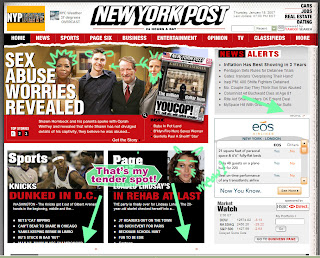 this is a shoutout to helena, who heckled inspired me to update this blog more often. =D

my coworker mike (web producer by day, graphic artist by night) likes to draw these creepy faces when he's on long boring telephone conversations, and i made the mistake of saying that they were creepy, so now he leaves them on my keyboard so i can cry a little when i get back to my desk. what fun! they also remind me of the alien character in Enemy Mine or better yet, Glirk:

look helena! it's waving at you! here's the second one:

that was left for me after i openly threw away the first one (but i fished it out 'cause i felt bad. it is art. kind of.) The third one was actually screaming my name (resembling Jeriba/Glirk the most):

And then he drew me a "normal" guy, which honestly, is still a little scary:

PS - I'm not sure The Hartford is, but we suddenly have a bunch of sticky pads at work for it.

i watched little voice tonight, which is about a really quiet girl who actually has an amazing singing voice, classic broadway style. people always first mistake me as a quiet girl, but in reality i'm a really loud girl with a terrible singing voice. in it is also ewan mcgreg0r (bestill my heart!), michael caine, jim broadbent, and brenda blethyn. in case that name doesn't sound familiar, she's the mom from p&p, which i actually mentioned a few posts down. michael caine and jane horrocks, who plays the main character, are the only ones who sing.

i'm wondering if that's how jim broadbent and ewan mcgregor met, and eventually were in moulin rouge together? it was a little hard to follow at first with the accents and a lot of shouting, but would recommend it, especially if you like music of the judy garland, marilyn monroe era.

i really want to watch numb3rs, but law and order is just slightly less fuzzy and staticy on the tv, so i guess law and order beats out. if anyone has a rather large scythe, if you'd like to come visit and chop of my head, putting me out of sick misery. i hate being sick.

mnemonic device for just for me

i was hand-coding some web stuff and i always forget the HTML code for a non-breaking space.

HAH! i literally just got it as i typed out "non-breaking space"!

actually, the point my post is to say i've got a much radder mnemonic device:

if i were ruler of the world

i work in the same building as will smith's production company. i work in the neighborhood of soho, which is just teeming with celebrities -- apparently keanu reeves was leaning against a fire hydrant up the street, chatting with someone, once. bono likes the restaurant balthazar a couple blocks over. so WHO do i see at LAX on the way back to new york? donald sutherland!

now, there's nothing wrong with donald sutherland, it was quite exciting to see him get held up in security, but one can't help but wish that i saw... keifer... instead. anyhoo, i'm not really a fan, but whichever movies i do recognize him from, i have enjoyed him in (p&p, cold mountain, italian job, time to kill... but maybe not the buffy movie.)